November 5, 2011
We want a system that works for the people, not people, slaves to a system. 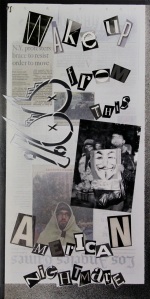 November 6, 2011
Wake up from this American nightmare. 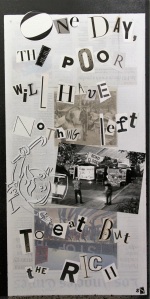 November 7, 2011
One day, the poor will have nothing left to eat but the rich.

Seemayer’s collages incorporate the slogans and signage that got the occupiers’ messages across, along with photographs and stencils of revolutionary symbolism.